This set of letters began as a concept for a brewery logo. Since the end of 2016 they have continued to evolve, will they eventually become the typeface they were destined to be?

Amber Wood is a modern brewery focusing on traditional recipes. When creating the wordmark (that will hopefully be expanded to a full typeface) I wanted to marry these two concepts. The top half of the letters are inspired by traditional blackletter forms while the bottom half is modeled after a sans serif.

The first concept was inspired by orienteering.

Then I explored something a bit more woodsy. It is interesting to note that amber, which is fossilized tree resin, comes from trees of the pine genus. The brewery chose a different name (go check out Sundown Beer Co. if you are in the Vancouver area, get a boxcar if it’s available and you like sours!).

The Amberwood letters were given another chance to exist when I was invited to participate in the inaugural run of Public Type Works. I freshened it up a bit and made an attempt to crowd fund it. If successful the font would have been available open source at the end of the project. It was a fun experiment but unfortunately there was not enough interest in funding open source fonts.

Amberwood crawled back to the little spiderweb filled corner of my hard drive and is waiting patiently to be made. 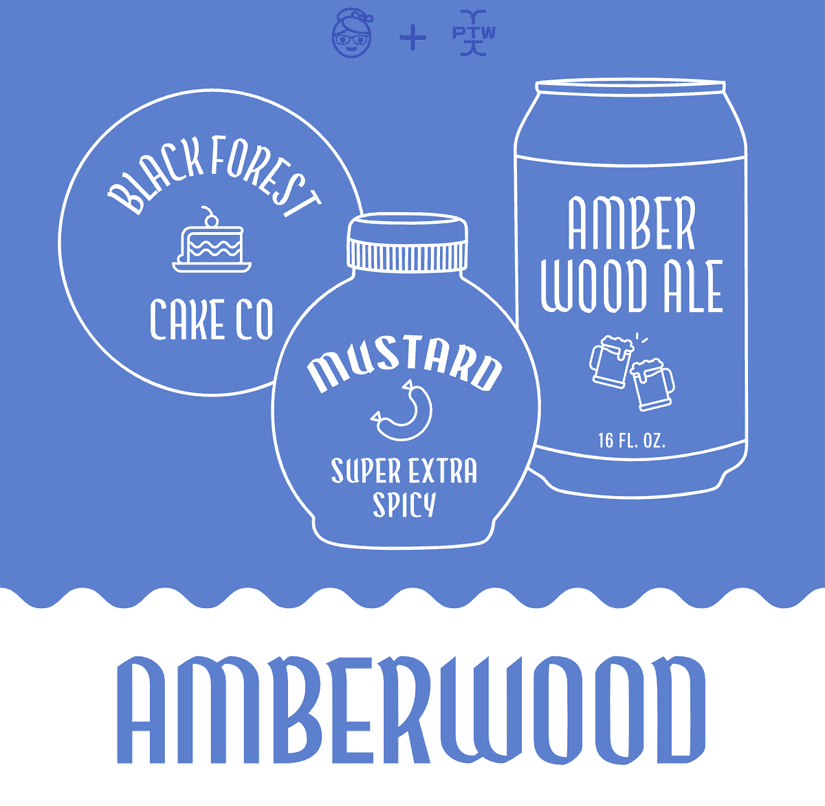 Infrequent emails about type. Includes fonts I am working on as well as links from around the interwebs.